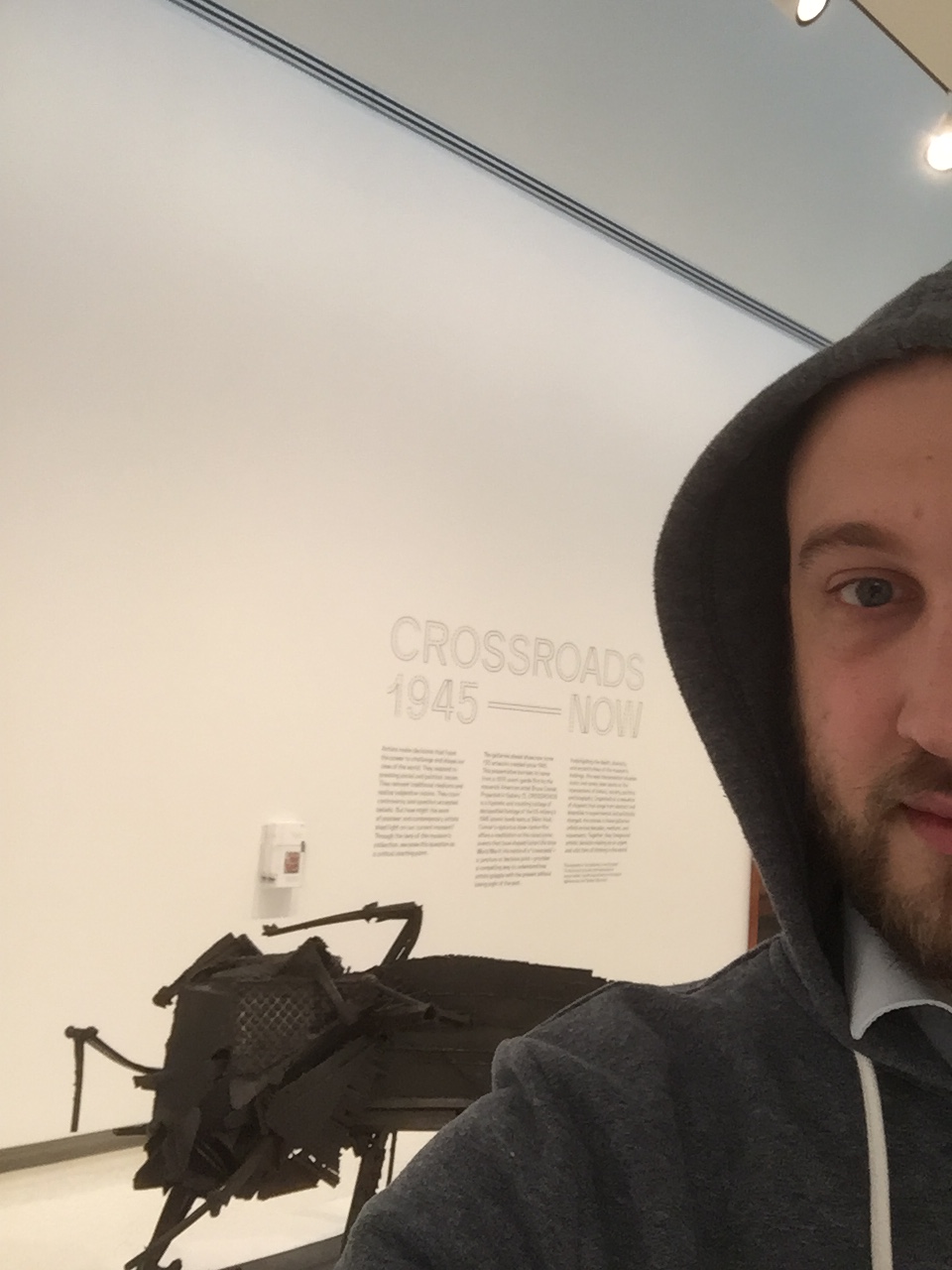 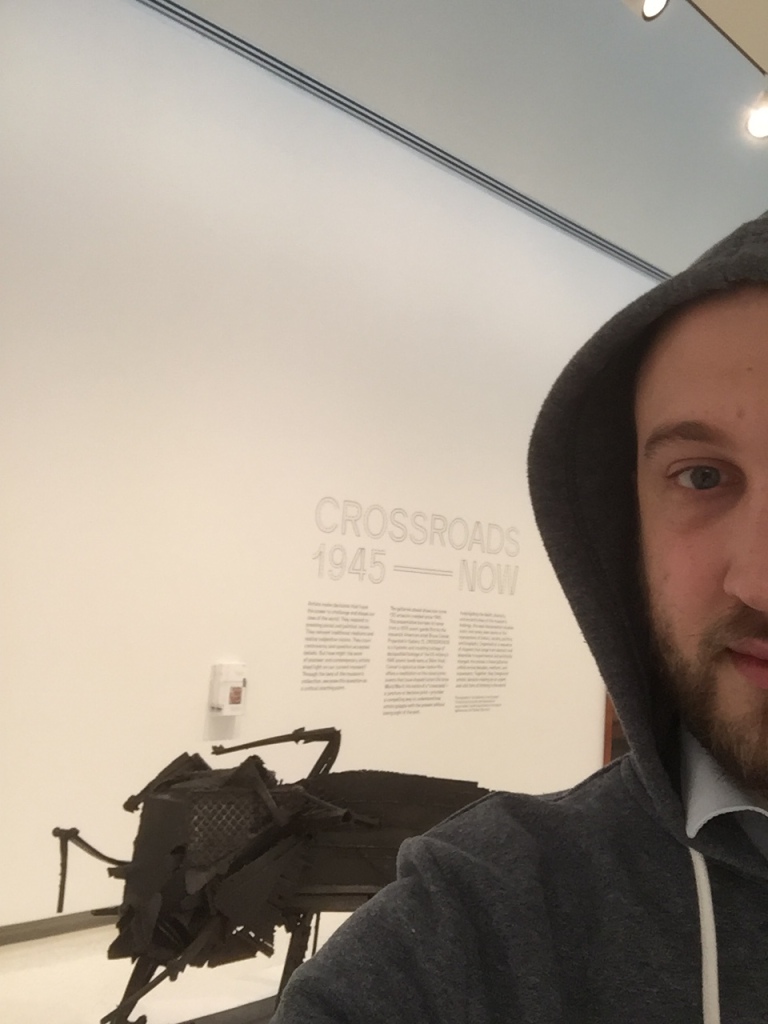 This might be a long one. I’ve wanted to spend more time blogging as a way of developing my ability to articulate what all art is about and, downstream, what my art is about.

I have something of a guilt complex about disliking a lot of modern art. I know I’m not alone in it- for years and years I’ve gone to art exhibits with friends who are uninitiated into whatever modern art is supposed to mean. I tell a story pretty frequently about seeing a big circle of rocks at the Philadelphia museum of art when I was somewhere between 22-24. I remember seeing it with my friend Jesse (thought, that could be wrong). We talked with the security guard, who explained that her job was to keep people from jumping inside the circle of rocks. A lot of people thought if they jumped in this circle of rocks, they would ascend into some sort of transcendental plane or a UFO spaceship or something.

That story is illustrative of a couple of issues surrounding avante garde or modern art. The first is that I had absolutely nothing to feel or say about what that circle of rocks did or meant. The second is that many crazy people did have something they connected with in that art, but the security guard, myself, and the institution holding the exhibit all that it was a bonkers analysis of what the rocks were for.

For those who haven’t met me, I’m embarassed to admit I’m very much an opinion generating machine. Less now, but definitely when I was twenty, I could rattle off an hour long monologue of tangential thoughts, feelings, and analysis on anything I came into contact with. Which I did, which is why it’s amazing that I was able to find friends to go with me to art exhibits.

With that said, though, modern art is this frustrating catch-22 blank for me, and I think for a lot of people, that I’ve never been able to get past. The catch 22 goes a little like this: Modern art is this open theoretical framework for interpretation because it isn’t restricted by “rules” of figure and form. But then, on the flipside, it also seems that you can interpret it wrong by either thinking it’s stupid or thinking it will send you up to a martian spaceship.

Which brings me to what I really want to talk about today, my recent experience going to the Carnegie Art Museum’s Carnegie exhibit. 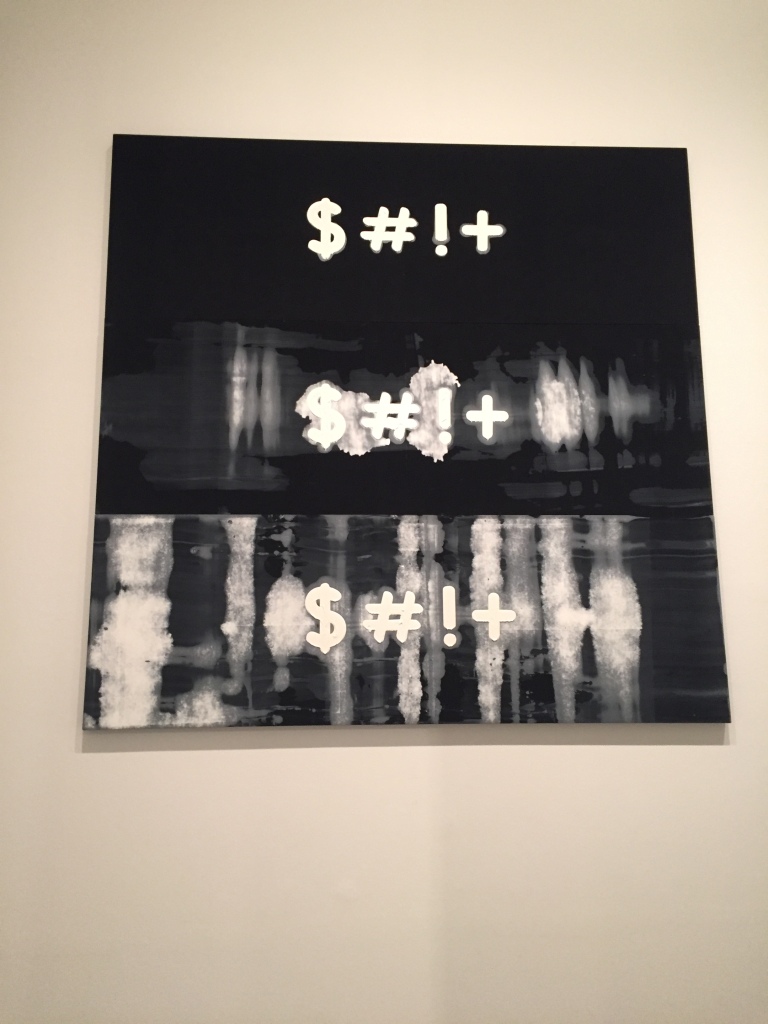 So, when I try to analyze this- I’m kind of left with a blank. For reference, more of the piece is below- I’m not sure if they are different pieces, or are all part of the same thing. Looking at the piece above- I guess my first thought was that maybe the point is that the overuse of euphemisms makes them degrade into nothing. But, to be sure, all I’m thinking about is the “point” of the painting. I’m not thinking about the aesthetics or feeling much. I feel mildly baffled and kind of irritated that the piece got into a gallery. Is there something in the type I should feel moved by? Or the white on black? It doesn’t seem that innovative, really.

Here’s the rest, which blows up my overuse theory I had. 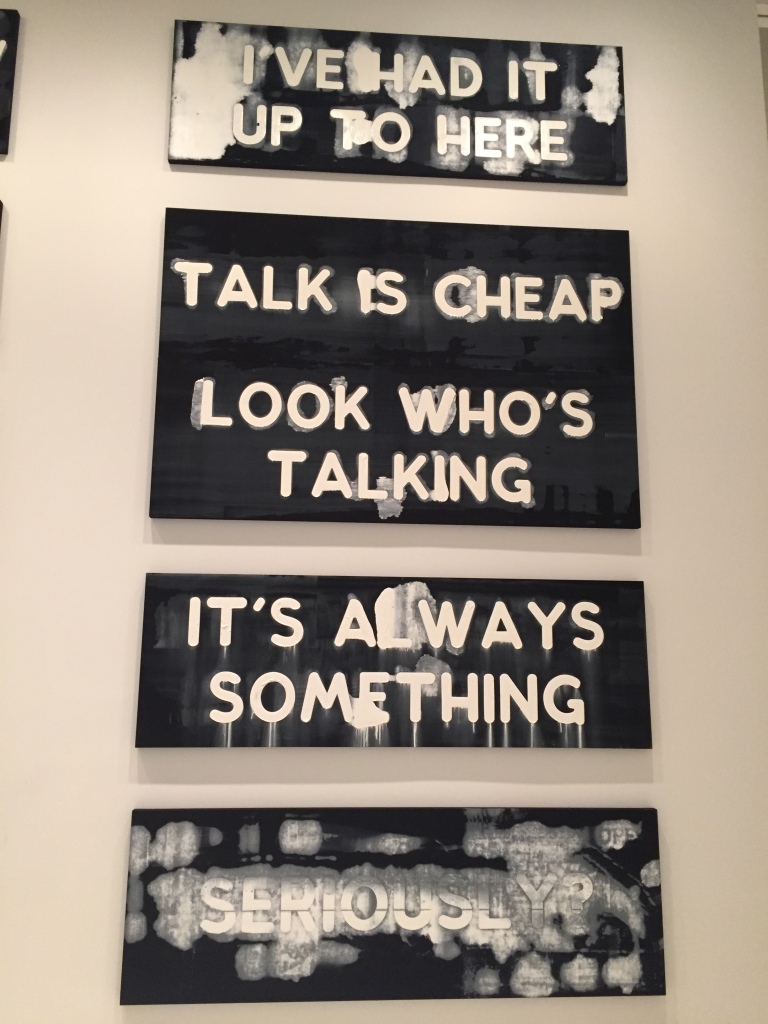 Oh, and here’s a bunch of boxes: 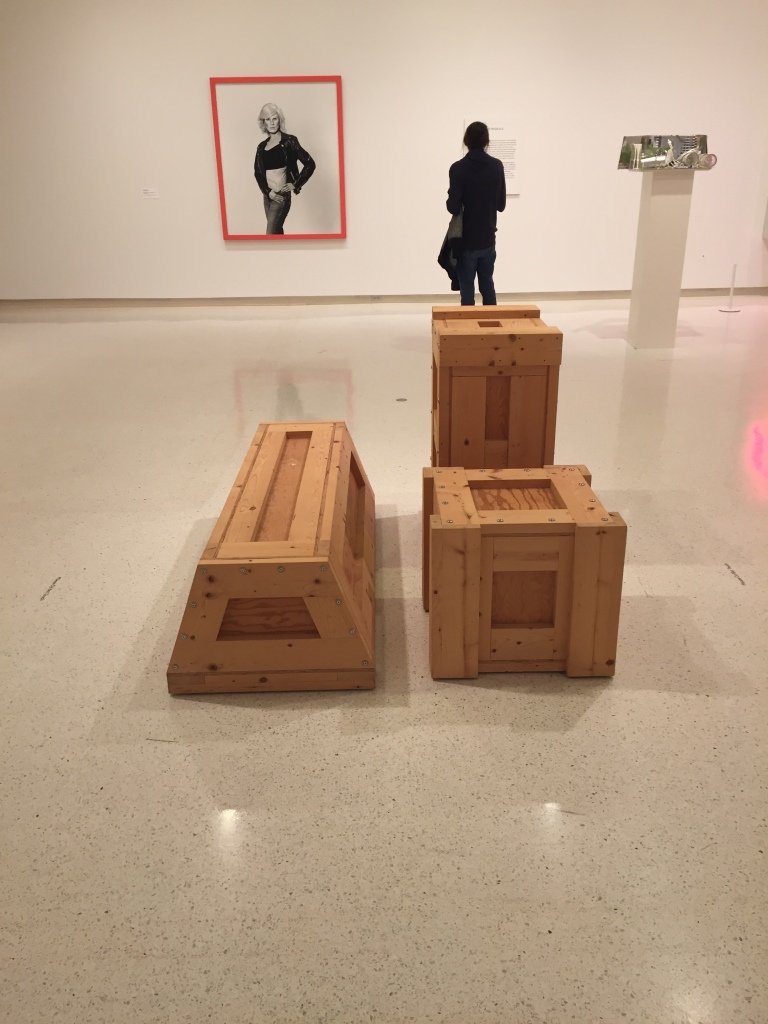 Did I mention I don’t want to dump on people? Art as a career, and a discipline, is hard and I’m sure all these people who have their pieces in this gallery have paid with blood, sweat, and lifestyle adjustments. But, on the other hand, I feel frustrated at what I think must be a clique of people controlling what gets considered “great” art. I’ve met unsuccessful artists who do better stuff than those boxes, for sure. I would posit that my stuff is better than boxes.

I also feel really sad, because I think it’s this kind of stuff that keeps art from having more relevance in our culture. It’s a medium that doesn’t thrive digitally like music or movies. Having really good galleries is still maybe the best way for most people to see new, thought provoking pieces. So, when I go to a gallery and see a bunch of stuff that makes me feel apathetic and irritated, I can only imagine that most people coming through the museum are also pretty frustrated.

I think the affect of avante garde art on most people is that it makes them feel stupid and dismissed. Now that we’ve had a lot of those kinds of pieces from 1945-present, it’s not suprising to me that music is something everybody can talk about, and most people I meet feel that they can’t have opinons about visual art.

I’m going to follow this post with a post about modern art I feel good about or at least intrigued by. In the meantime, guess what else I found at the Carnegie today? 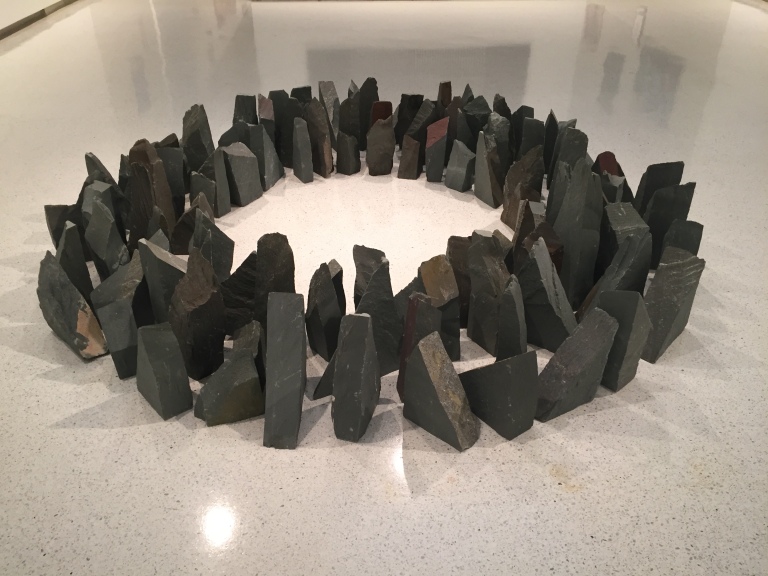 2 thoughts on “Gobbeldygook at the Carnegie”