Second of two recent grocery store paintings, I’ve been thinking about box progressions and how they can be used to create a painting that’s more than the sum of its parts. Not sure if I’m there yet, but this is the latest attempt.

I wanted this to be about remembering someone when seeing them in public. I think it’s interesting to project context on people you see in unplanned places, hence the grocery store. The grocery store is one of the last environments where people see a wide range of people outside of their chosen circles. Because of the internet, people hang out playing video games or watching movies in their houses instead of playing at arcades or going out to movies as much. People buy stuff on Amazon and don’t go to stores as often. The grocery store is still the same as it used to be in a big way, where you have to see people who live close to you or to the grocery store at least and you can accidentally run into someone.

First picture, on the front of the cigar box: 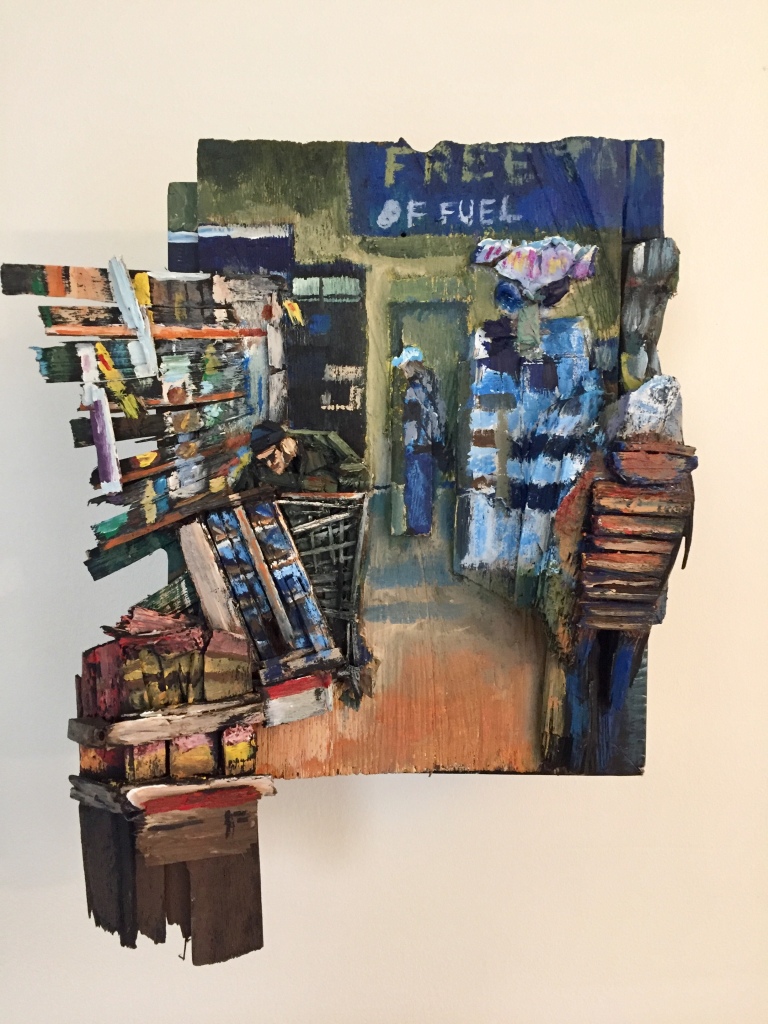 Second picture, on the inside of the box

So I made it with glass, and tried to shake up the colors a bunch. I wanted to introduce wild colors in the glass as well as vivid painted colors. I took dried paint and glued it (with my best friend: plumber’s glue) to the glass, which avoids the issue of the glass being too smooth to be painted on.

I’m not sure how long I’ll do box paintings- they obviously take twice as long, as I have to make two paintings. Unless I can master the tension between the two images, it’s not worht it. I think this painting gets somewhere, but I won’t know until I get it up at a gallery. I guess we’ll see then.