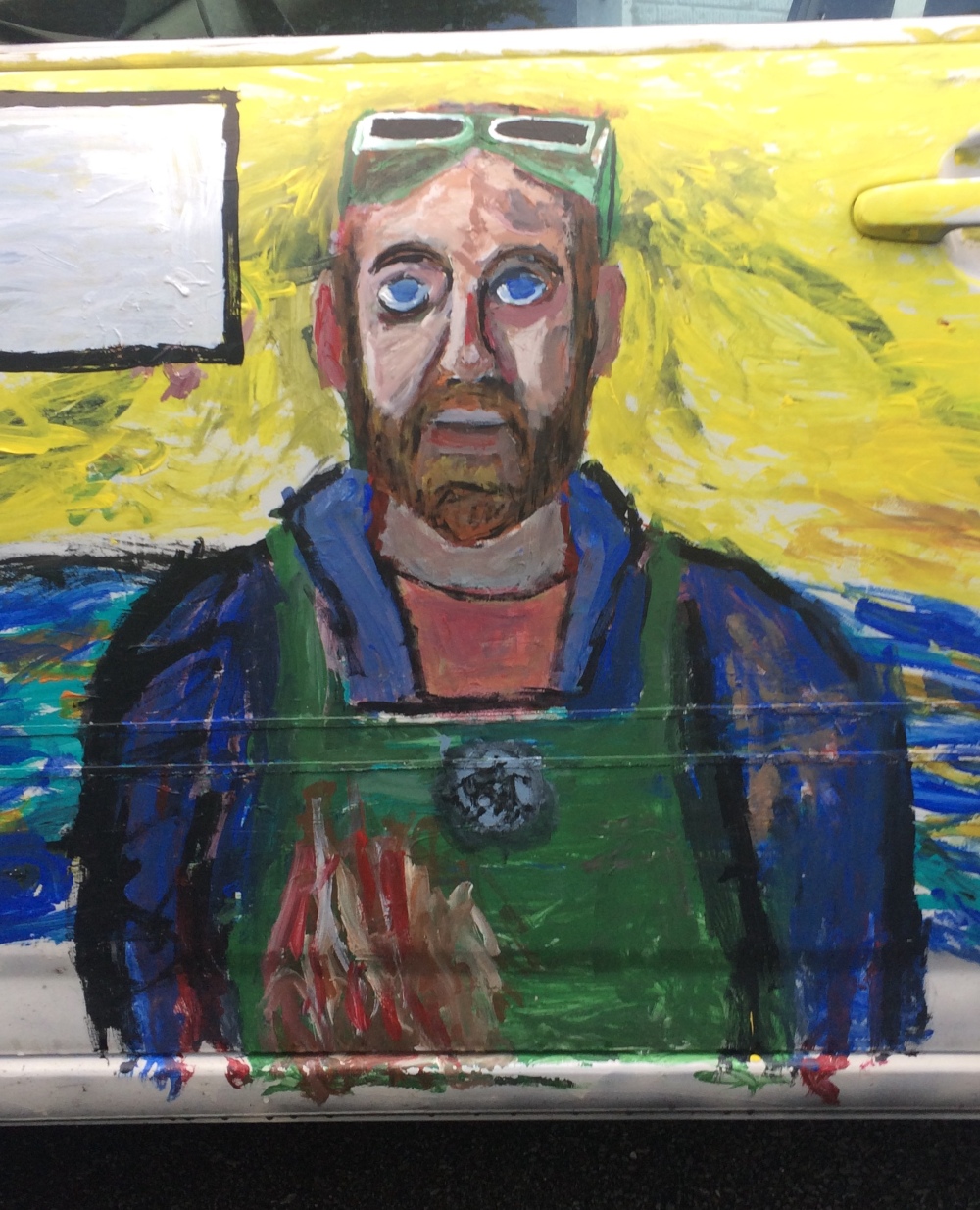 Two posts, one weekend. I was looking through my website, and I realized that I’ve never posted about my finished car. I thought I would start with this car portrait- because it’s the only legitimate self portrait I’ve……ever done?

Flight goggles, starbucks smock, real tired looking. Three planks in my self portrait platform. It’s interesting- after the last year of getting my sleep better, I don’t actually feel as exhausted as I used to. I think, though, in my head I still think of myself as an exhausted person on vacation. I think I internalized my bad sleep as sort of a commentary on how well I was living my life. Like, if I was more put together, I would be sleeping better. It was maybe the only claim I had that sounded anything close to having the blues. So….half toxic self blaming and half dumb film noir fantasy?

Anyway, all of that stuff is in that portrait. I kind of seeing it as offsetting the entire medium as message of the car. While the car is me making some bold, huge statement about my life and art, that portrait is sort a wink and a nod to the fact I’m not really that huge into putting myself out there anymore. I hope that people see that painting and know that I’m at least a little bit in on the joke of my loud car situation. It’s not that I painted my car ironically- gosh, who would that make me? More that I know enough now to see that painting my car is kind of ridiculous.

So, there are my late night thoughts about my car portrait. More coming soon…painting an octopus tomorrow, maybe have something about that soon.