I’ve made these two Braddock spaceships as part of an idea I think of called “Rust Belt Futurism”. I am trying to find a way to articulate the way we implicitly think of the future as non-specific and non-local. The weirdness of seeing Braddock- as it is- in space is funny, but I hope that weirdness leads to deeper thought about how we envision the future.

When I watch sci fi movies, I often think: What happened to the suburbs? If nothing else, Blade Runner did a good job showing us what dense super cities will be like. But what about Pittsburgh? Will it have some huge electric death ziggurat and giant space blimps? Or will it just, like always, stay Pittsburgh. We’ll talk about Mr. Rogers and the Steelers and everyone will pretend that they go out for pierogies on Friday nights.

That question holds true for Braddock. As Pittsburgh booms and enters the future of self driving cars, robots, and medicine, Braddock is still centered on steel and remembers the days it had a hospital. Where will it be in the future? Will Braddock be in the future?

Its weird what we think will have continuity. Farms! Definitely farms will still exhist! We know that from Interstellar. And there will be weird high ways, we know that from Minority Report. Weird individual buildings? Oh yeah. No problem.

Will there still be churches? How about fast food? Graveyards? Roller Coasters? Will there be libraries and comic book stores? Taco trucks?

While those questions are real, part of the reason I did this is so I can mash together a bunch of cool buildings and rollers coasters and have them flying through space. 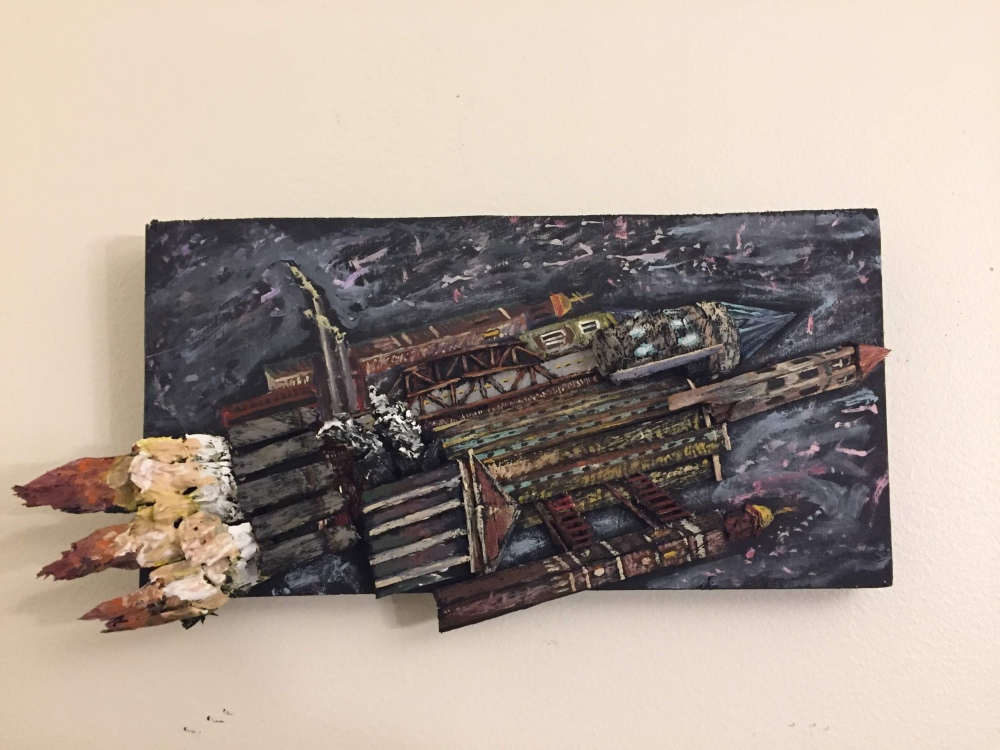 Braddock Starship #1. Some parts from the factory and Carrie Furnace, Orthodox church, General Braddock Towers and the Braddock Carnegie Library

and the second one: 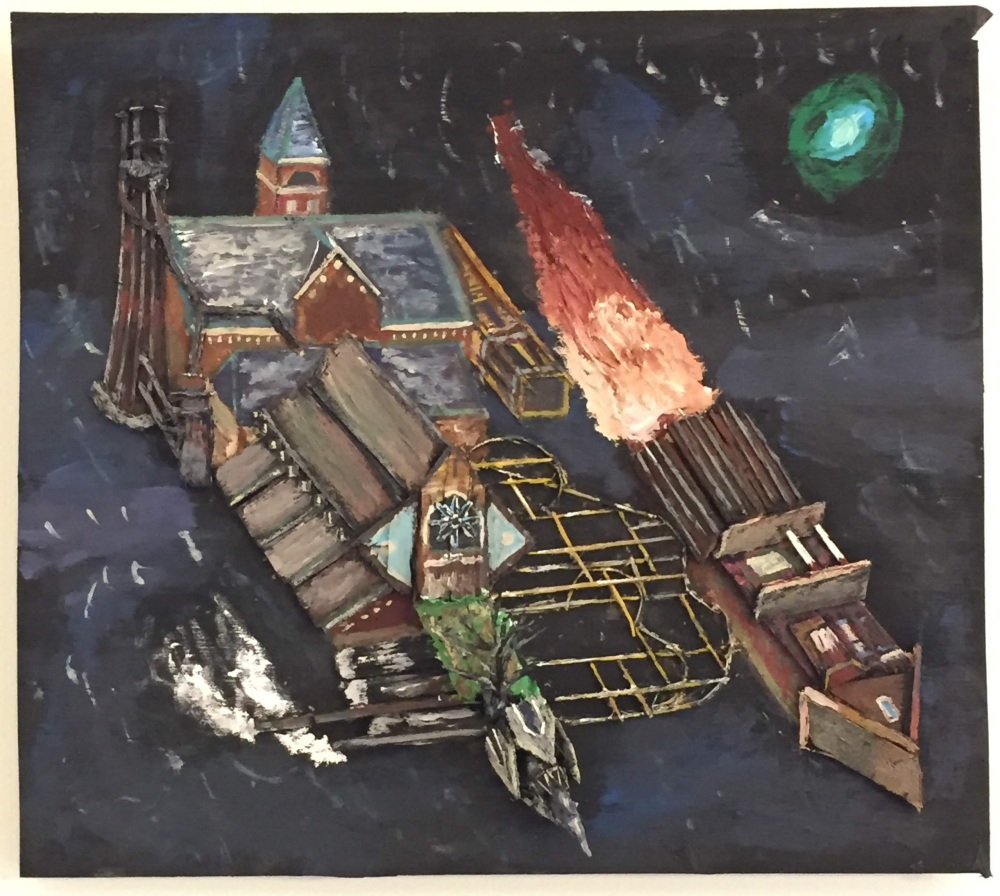 This has Carrie Furnaces, a Kennywood rollercoaster, a house I liked, a mausoleum from the cemetary, the cemetary itself, the Nyia Page Center, and some stuff I don’t know the name of from a wide shot I took from the Rankin Bridge.

I like both for different reasons- the 1st one is denser and has a more densely rendered surface. The 2nd’s design is more fun and it was fun to build the rolercoaster as the connecting piece.  I might do a 3rd and 4th one, but I’m not sure. The second one didn’t end up looking as as dense, which I might revise later…not sure. It looks good, and it might not require additional rendering.

In quarantine I’ve had time to catch up with painting. Taking the new art job has cut into my general art time. Quarantine has given me that time back, but that has come with its own burdens. It feels like I shoul always be doing something else- but also, there’s…nothing to do. I’ve slid into playing video games, and I’ve trying to climb out of the pit of turn based strategy.

Soon I’ll finish the barber shop and put that on the site. I’m still working on the model of real/unreal- some paintings are biographical to this area, some are high concept sci-fi or some other kind of fantastic. I hope to make an eschaton painting at some point, but I need to take stock before moving forward.